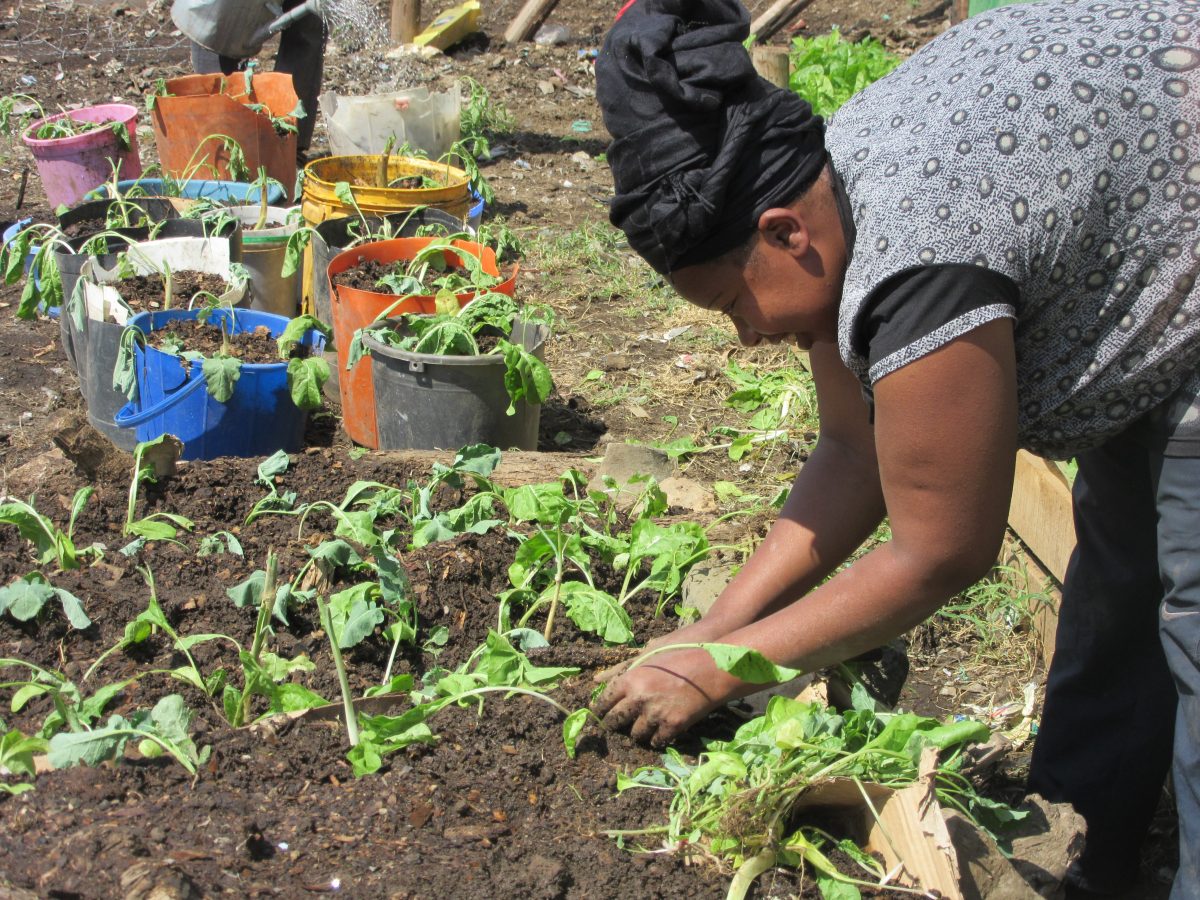 I interviewed a most inspiring gentleman I met on my Permaculture Design Course in Laikipia for my 4th blogpost for the Transition Network. James Kagwe was both inspired and challenged by a question from the late Wangari Maathai, Nobel Peace Prize winner and badass activist from Kenya: who will do it tomorrow? Thus began his quest to go one step further with fixing the waste problem in Naivasha town.

Reusing everything including space-on the roof of the cattle and sheep shed at the waste management site, spinach happily grows in discarded buckets

What I love about Kagwe’s work is how it has grown incrementally, as perhaps all social innovations do, each step unfolding the next, or as Machado puts it in a poem I love, each step making the road. In his effort to not just move waste from one place to another, he has set up with local women and mothers an urban permaculture garden that uses the compost generated from the waste he and his collective collect. When I visited they were setting up the garden, 10 months later as the pictures on their Facebook page show, the garden is blooming and thriving and feeding the neighbourhood, as well as inspiring others.

I loved the comment that Kagwe gave at the end to my question about what the environment is to him and I rephrase it as a question here:

what things can we begin to put back in their place as we strive to make the world a better place?

Kagwe’s little thing is waste, which in essence would not be waste were it put back in its right place (ie in a circular economy). What’s your little thing?

Read the full interview on the Transition blog [click here]

p.s. I am crowdfunding fees to participate in the Global Environment Summer Academy 2018 in Oxford, UK till June 15th. My research, writing and activism centres ancestral knowledge, Africa and the Earth. Support my campaign by contributing and sharing.