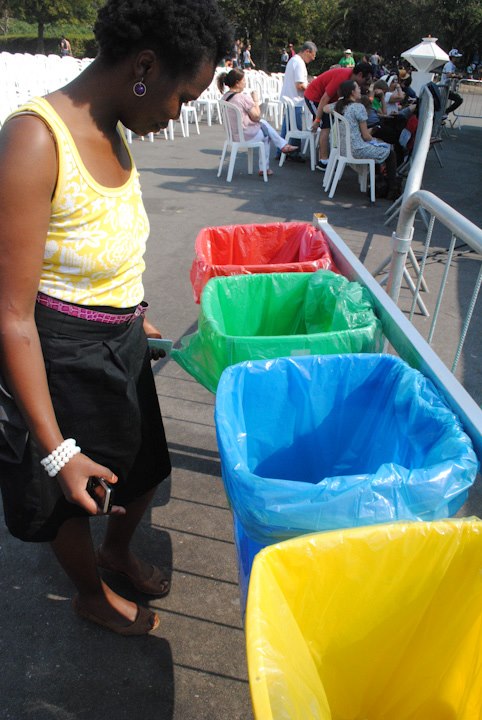 During the fall of 2012, I participated in the study abroad programme IHP- International Honors Programme- Cities in the 21st Century. The programme was multi-destinational and we travelled in a group of about 35 students, 3 faculty and one travelling fellow to New Orleans, USA; São Paulo & Curitiba, Brazil; Cape Town, South Africa; and Hà Nội, Vietnam.

I was introduced to social movements (such as Movimento do Sem Teto do Centro (MSTC) and Movimento dos Trabalhadores Rurais Sem Terra (MST) working for social justice and improved livelihoods for city residents. I was very impressed at how much residents in the different cities were doing things to change their cities.

I was also challenged by the comments of one activist in New Orleans, who was cynical about “environmentalists calling District 9 (where he lived and worked) a food desert”- in his opinion, the area was a transportation desert first, then a food desert. This phrasing of one of the environmental challenges that I had come to understand as a key issue in a number of US cities took me aback. And I began to think about how movements work with each other, about how the global environmental movement at times may transplant itself onto diverse locations with specific items on a check-list and no attention to actual needs on the ground, and how different people thought about the environment, and why they cared about which environmental issues.

After study abroad I applied for a fellowship through my school, Wellesley College, to study local environmentalism* in different cities around the world in the hope of understanding these questions a bit more and beginning to answer them; and in order to learn from different models of environmental change and community development developed by and/or with those facing the challenges being tackled. I found (through google searches and through people I knew) and connected to different movements in the different cities to introduce myself, and ask whether I could visit.

I am interested in how people claim cities for themselves especially those for whom cities were not constructed for, as well as the intersection of urban inequality and environmental issues. I believe that everything happens within a physical context and that the physical context impacts how other challenges develop. In order to effectively respond it is imperative to pay attention to contexts therefore. By understanding how the environment is perceived and/or approached etc I think we can draw closer to knowing how to approach environmental challenges.

Finally, I am interested in the inspirations and motivations of those who do things to make their communities, neighbourhoods, cities, etc better; and hope to be both inspired by them and learn how to inspire similar concern with social issues in others.

* I think of the environment as all that surrounds a being. As such the environment in my view is the unity of social, economic and ecological systems and relationships surrounding us.