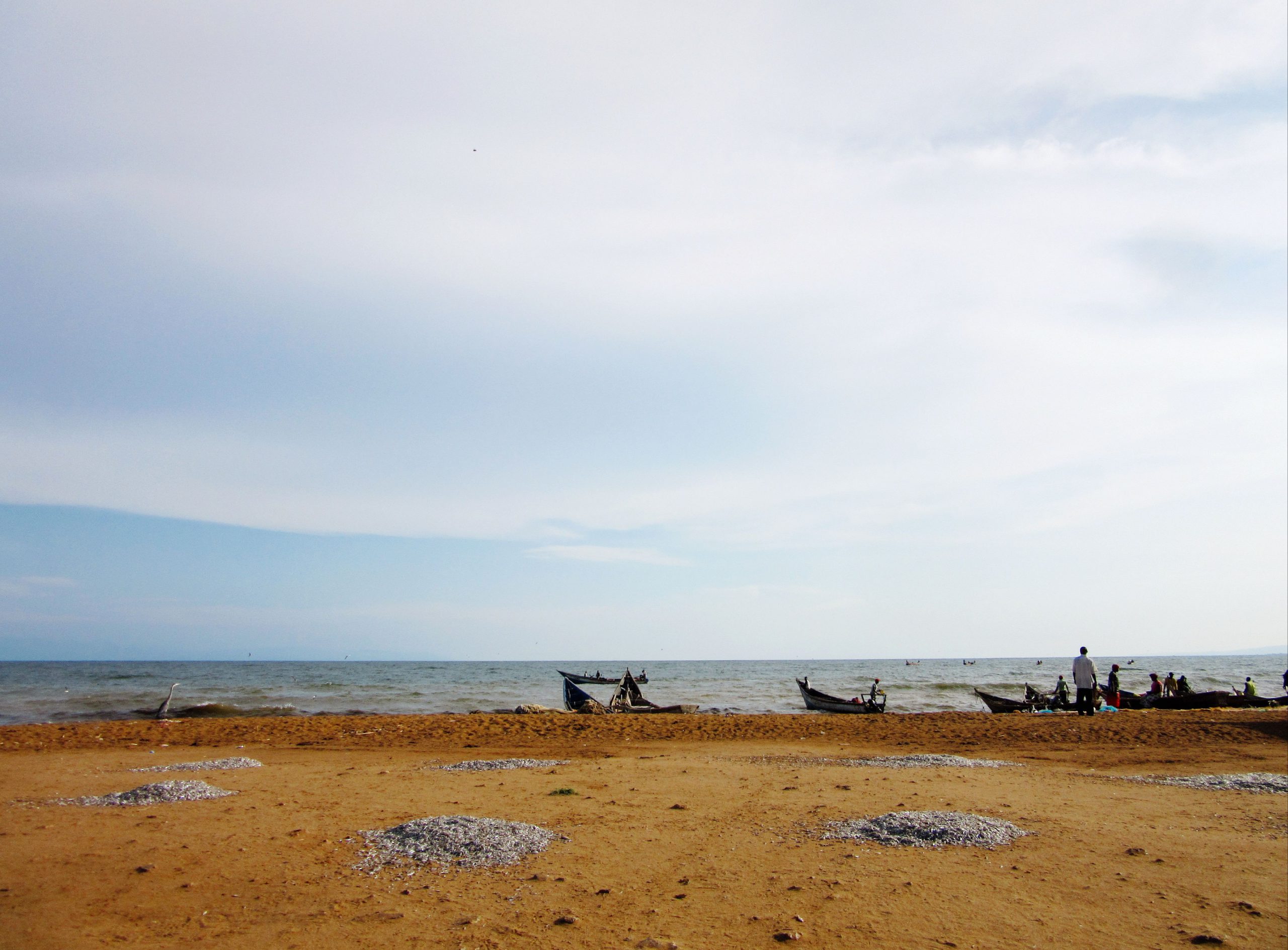 Kaiso is a fishing town on the SE edge of Lake Mwitanzige. The lake is currently known as Lake Albert maintaining its British colonial name. The original name means killer of locusts in Runyoro, the main language of the Banyoro people who are the indigenous folks of this area.
The south-eastern edge of the lake has been termed the “Albertine Graben” by oil prospectors, denoting a region of the lake with an estimated potential of three billion barrels of crude oil.
3,000,000,000 sounds abundant. But when attached to barrels of crude oil the intent of this calculated abundance emerges: counting the potential there is to steal and take away.
This seemingly abundant story doesn’t count the cost to people, lake, animals, atmosphere to take those barrels out, the cost to live near the barrels as they are taken out (see Ogoniland), the cost to move those barrels around (see Mauritius), the cost to use those barrels (see Earth overshoot), and more. It is a story silent about the scarcities it produces in its pursuit of “abundance”.
There are different stories of Mwitanzige. Here are some:
I
One day, a swarm of locusts was in migration from one part of East Afrika to another. They flew Eastward crossing a valley and landing on the lush farms on the hillsides. Locusts eat. That is what they do. So they ate and ate and ate.
After eating their fill, they laid their eggs. A next generation would be born. But there was not a single green leaf left of the crops the farmers planted. So the young turned to go back across the valley that their predecessors had come through.
Meanwhile. The people asked the land they tended whether it would let them be hungry for all the seasons to come. The land knowing that without the people, there would be something missing in her heart, began to shed tears at the thought. So many came forth as she sobbed that the valley flooded and filled with deep waters. The new locusts crossing found no rest on their way back and died in crossing. The people named the new waters Mwitanzige, meaning, killer of locusts.
(the frame of this story was shared with me in Kaiso, I have dreamt into the details. I share it with you.)
II
Another story: Kaiso at night sounds like a hundred brooms being swept across the sandy soil. During these nights the fishers are in the lake, harvesting from their water garden.
The Banyoro of the lake live in a sustaining relationship with the Banyoro of the highlands. Those of the lake fish, and those of the highlands farm. The two parts of the family then exchange what each has harvested from their garden, and each has enough sustenance – of food, and relationship.
III
Another story: when Mum Betty was young she fell ill with cholera. She did what one does when one is sick, what everyone did. She went to Nsonga Ijumka, the potent grove where the lake greeted the shore. Here, she would lay on Earth while community danced around her and sang for her wellness. The custodian of the site then brought her a plant herbal infusion to drink. She left there healed. Then the next person who was ill would do the same.
Mum Betty knows what people are missing today because Tullow Oil blew up the sacred sites ignoring the warning of site custodians.

Mwitanzige tells deeper vibrant stories than the sterile stealing story of barrels of oil told by Lake Albert Graben, no matter how seductive that large number, 3 billion is.