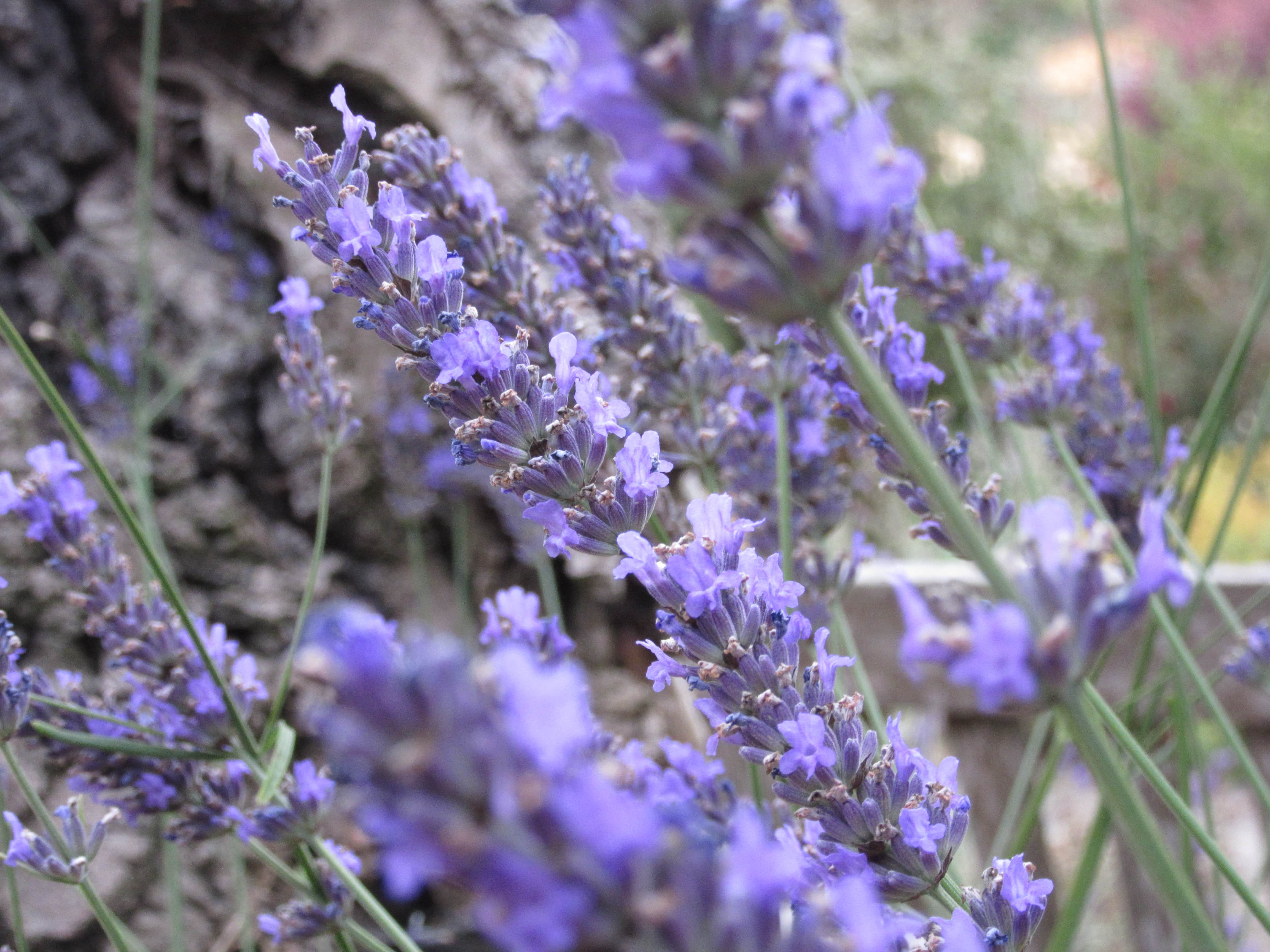 We have just concluded a few days of an opening retreat designed to have us bond with each other and gently enter the GESA structure and family. As an opening to this, we talked about what we would like to be our group agreements that would allow us to participate, share and learn, both safely and courageously. These included how to show appreciation for what someone is saying while they are saying it without interrupting them (snaps, air maracas, air tambourines); how to express that something that has been said is a hot issue that needs coming back to (woah, do you have other examples?); and how to show that something that has been said is hurtful (ouch, any more?).

While we were coming up with these agreements, something happened that would have been a woah moment had we already had the agreement to use “woah”. For our retreat we were at an expansive and beautiful 100 acre farm in the south of England generously welcomed to by the host. The farm had abundant fruit and nut trees, other kinds of trees, a mansion and several other buildings, swimming pool and sauna, tennis courts, an outdoor amphitheatre, and even my favourite thing – a swing. Lavender and other floral and herbal plants grew everywhere in a well arranged garden. It was serene – so serene in fact that a roe deer startled me as I sat on the swing one evening. But the serenity and beauty of spaces especially those that are counted as nature can hide a lot.

In East Africa, where I am from, we are known for our wild animals and are almost synonymous with ‘safaris’ and rolling unbroken landscapes of savanna grassland (thank you Lion King and all the many many films that have built up this image). But this beauty hides things. It hides the violence embedded in the creation of spaces that we now admire and congratulate as good conservation. It hides the racist history of the creation of these spaces as well. It hides the continued violence of the existence of these spaces as fenced in and blocked off – a violence to both the ecological dynamics and to socio-economic interactions – i.e. to the whole living ecosystem. It hides that while as a tourist you can fly all the way and pay money to go on an expensive safari many people in these countries cannot, have never, and perhaps even have learnt to not be interested in those parks and game reserves.

It hides that in central and southern Kenya the majority of land that became national parks, did not simply become so because the rain fell a certain way. They became so through the notion of white British individuals who thought that humans and other animals could not co-exist and must be separated. The areas where national parks of the savanna grassland variety exist had been occupied by nomadic pastoralists. They were dispossessed of their land, and herded into small reserves often with injunctions to take up farming as a better use of their time. This now conveniently ‘free’ land became sport hunting grounds for rich aristocrats and upperclass white men from Europe and the USA to come prove their manhood by shooting and killing wild animals, which they went on to stuff and put on their walls and in their museums (hallo natural history museums literally everywhere).

When such parks became conservation areas (because of course hunters with rifles, free reign and pent-up testosterone will kill wantonly (hallo all of colonial history))… When such parks became conservation areas, the same people were encouraged to come shoot animals with cameras instead. And the tradition of wildlife photography and film-making began and thrived. In Kenya, where foreign – usually white- and large well resourced conservation individuals and NGOs exist, the amount of power they wield over decisions to do with land and animals is obscene. In 1977, a hunting ban was passed, in a country where several groups of people have practised hunting and gathering as their livelihood and others during times of stress have relied on this for food. Effectively the ban criminalised people who needed to hunt to eat. For the benefit of foreign white well resourced individuals and NGOs. When a new bill was proposed in the 1990s, that would have relaxed this rule for foraging populations, and was about to be signed into law, the clause was quietly dropped at the presidential level thanks to the meddling of these same large, white well-resourced individuals and NGOs, who, might I add, have probably never had to worry about feeding themselves.

What’s painful for me about conservation areas and their prettiness…is that it makes you agree with that statement that humans and their fellow animals cannot co-exist, without question. Yet why is it that many of today’s conservation areas overlap with the historical existence of a particular livelihood – pastoralism? Because interactions between nomadic pastoralists and fellow animals actually support each other. Those wide expanses of savanna grassland were created in part by the practices of nomadic pastoralists – practices that today are demonised without being well understood. Firing old grasses to encourage regrowth of healthy nutritious grass and to kill off pests is one example whose beneficiaries are both domestic and wild animals. One panic button item historically, and perhaps today, was that pastoralists’ cattle would eat all the grass and wild animals would starve and die (if you think about this for 3 seconds….1, 2, 3…. you will realise that it is absolutely bonkers – why did and do ‘wild’ animals exist then and haven’t starved off and died if this were true?). Different herbivores feed on different things – the antelope, zebra, wildebeeste, and giraffe do not all feed on the same level: one may eat only the top shoots of grass, while another likes the middle part, and yet another the parts much lower, and of course giraffe the tippy tops of the trees. Rather than competition amongst all of these animals and with cattle thrown in the mix, what one eats, another that is different is then able to eat.

Research has shown that in Nairobi National Park one of those large fenced off areas that humans have been excluded from…. Excuse me, let me repeat that statement. In Nairobi National Park, one of those large fenced off areas where the humans whose traditional land and area of livelihood this was and is, have been excluded from, is not thriving as an animal park. The animals of NNP live outside the park the majority of the time seeking areas closer to humans, and return to the park only as a refuge during dry seasons. This is the other thing that pretty hides – the contributions of certain people to creating spaces that we now consider natural and ‘pristine’ – please do me a favour and delete this word from your vocabulary forever – no such thing as “pristine” and “untouched” exists – especially not in those places you think of as “wild”.

What’s painful for me about conservation areas and their prettiness…is that it makes you agree with that statement that humans and their fellow animals cannot co-exist, without question. Yet why is it that many of today’s conservation areas overlap with the historical existence of a particular livelihood – pastoralism?

And because we consider them natural and ‘pristine’ and wild we put up walls and barriers to keep the very same people necessary for the ecosystem to thrive, out – to separate them from their ecosystems, and to separate them from their achievements in knowing how to live in a world with other beings and co-create it. I could say the same thing about many indigenous African land practices in their range from foraging, farming, fishing and pastoralism – because when it comes to Africa, the easiest jump is to, bad, destructive humans – someday someone will explain to me why there were animals to be conserved to begin with if this is true.

When people talk about pretty places in ways that hide historical contributions as well as historical conflict, I distrust the dishonesty in it. So when someone said that on that lovely farm in South England we were in a place that was free of conflict as compared to the institution of higher learning we would be headed to next, it was a woah moment for me. Who is able to access this expensively landscaped space? Who is not? 100 acres on a tiny island where the housing crisis which is a land crisis affects many people is not a small amount of land (it’s not small anywhere). How exactly were these 100 acres obtained? And then I found out that the family that owned the land had ties to slave plantations in the Caribbean…..so the wealth that purchased a place some of us could describe as being “free of conflict” was actually tied up with some of the worst conflict we have seen in our human generations and which continues to replay to this day. But pretty hides this very well. We want to believe in and enjoy the trees and the swings. The conflict doesn’t disappear because we don’t see it. As long as we continue to be blinded by pretty, it escalates.

Some more honest ways of addressing the painful histories of how things came to be, and some honest re-organisation of how things are, to address these histories and reconnect where things have been torn asunder are desperately needed in the world today. So woah, and ouch, pretty hides a lot of things, especially where it’s a pretty that we like. Learn to see and speak the invisible, the inbetweens, the layers, the unsaid as a first step towards reconnection – that is the message of the deer that stumbled upon me as I sat on the swing.

**This model of conservation that locks people out and cannot imagine a collaborative relational conservation is known as fortress conservation. It was born in the USA in what is now the Yellowstone National Park from which groups of indigenous Americans (Native Americans) were excluded from their land to create a space for white immigrant tourists. The model was adopted by British colonialists and liberally applied first in South Africa in the creation of the Kruger Park, and then in East Africa.