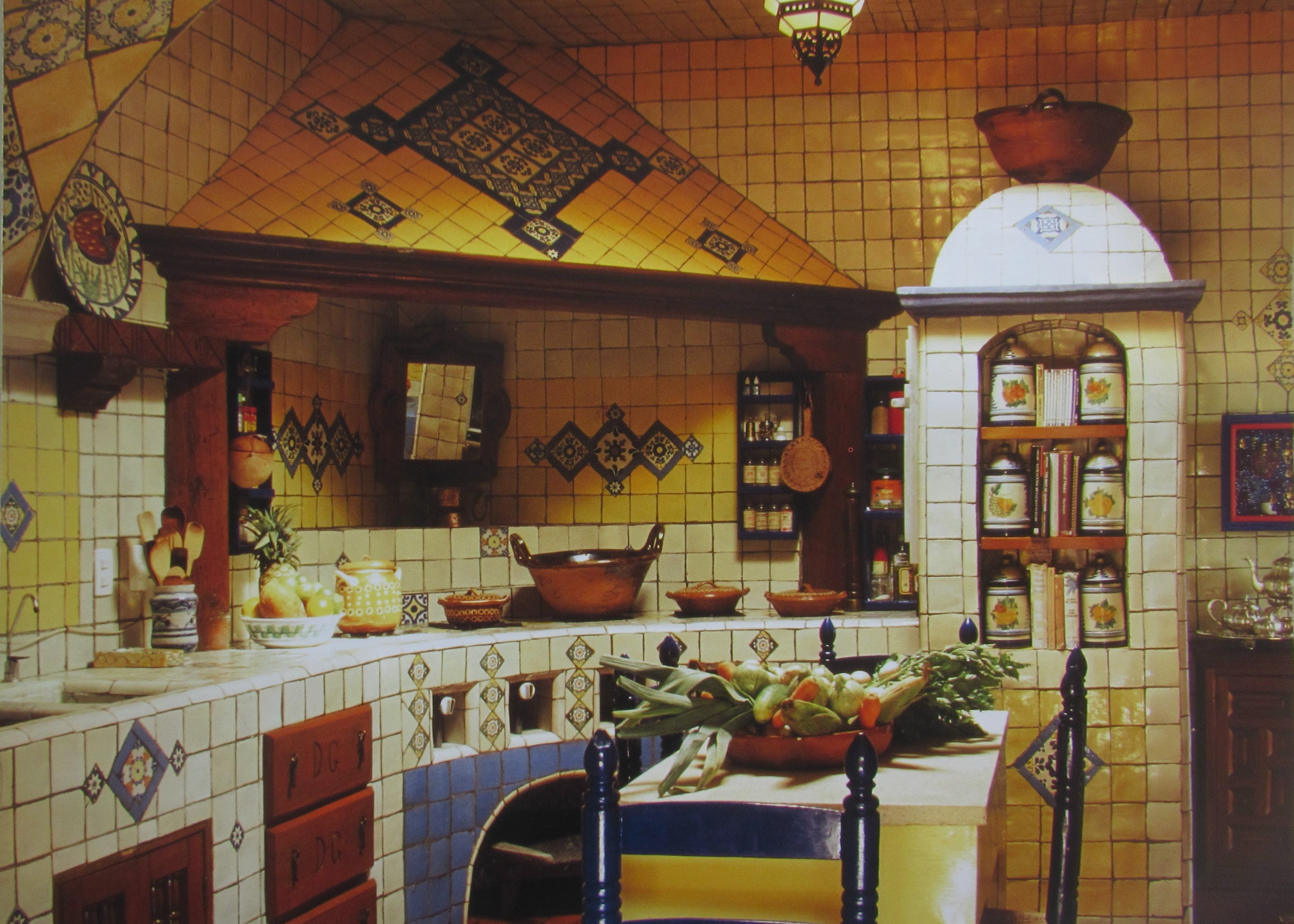 According to the Macmillan Dictionary, a kitchen is a room where you prepare and cook food, and wash dishes. The role and meaning of kitchens around the world is more varied and complex than this definition would have one believe, however.

Ordering space through design is a key way in which diverse meanings are ascribed to nominally similar space. Design defines what a space is and isn’t, and who is meant to use it and who isn’t (examples here, here, here, here and here). The meanings ascribed to spaces through design in different locations and cultural contexts often reflect values held to be important in those contexts.

In homes in Hanoi, Vietnam and São Paulo, Brazil where I was travelling on a study programme; and in Ongata Rongai, Kenya, my home, I observed how design aspects of kitchens including the form, size, position, openness of space, and what furniture is present or absent affect the (gendered) use of the kitchen in ways that affirm or depart from the dictionary definition of what a kitchen is.

São Paulo kitchen. The kitchen in the São Paulo house is in one corner of the house though close to the main entrance. Compared to the rest of the house it is small. The table in the kitchen was used for study and conversation, and for meals except when guests were present. Surrounding it are two mini-chairs. The larger dining table in the living room was only used when guests were present. Sketch: D. Sheridan.

The kitchen in the São Paulo house was the smallest and contained a fridge, chest of drawers for dry foods and crockery, a counter along one wall and an old free-standing gas cooker. In the space between the fridge and chest of drawers was a circular table and two mini-stools. The kitchen was located on one end of the house but close to the entrance of the house.

The Hanoi kitchen was on the third floor of a six storey house. It was slightly bigger than the São Paulo kitchen and contained a fridge and kitchen counters with built in gas stove and sink. Opposite the stove and along one wall was a small rectangular dining table with five chairs around it. Facing the table, on the wall, was a TV.

Hanoi kitchen. The Hanoi house was, like many other houses in the city, tall and narrow and comprised 5 floors (side view on right). The kitchen occupied one side of the 3rd floor (plan view on left), and the seldom used sitting room occupied the opposite side. The two were separated by a spiral staircase and a lift. Sketch: D. Sheridan.

The kitchen in Ongata Rongai was the biggest of the three and was situated at the end of the main hallway and farthest from the main door. A kitchen sink, crockery cupboard, empty plastic jerry-cans, fridge and gas cooker on a table were lined up along the walls. A low two person bench was all that was present by way of furniture.

Ongata Rongai kitchen. The Rongai kitchen is located at the back of a large house. It contains little furniture but plenty of space. A small serving window connects it to the living room. The living room with the TV was a mixed gender space whereas the kitchen was a single gender (female) space. Sketch: D. Sheridan.

My first stop upon entering any of the three houses was likely to be the kitchen, in search of food or, more likely, tea. But whether I stayed or not depended on enabling factors such as tables, chairs and the presence of other people. The kitchens in Hanoi and São Paulo which had tables and chairs lent themselves to being the centres of the houses. The Hanoi kitchen was designed to be so, being positioned in the middle and having ample room for dining furniture; while the São Paulo kitchen was appropriated as the centre and accommodations made to work with the small space (e.g. the mini-chairs).

The kitchen was also the main congregative space of the houses in Hanoi and São Paulo, and formed the only space where all the family might be found together, at mealtimes, as well as outside of these. In São Paulo, host-father, -mother and -children would be in the kitchen as the evening meal was prepared, either helping or making conversation about the day’s happenings. Similarly, the Hanoi family sat around the table after supper over cups of tea to discuss the various minutiae of life or make weekend plans.

In São Paulo, one might lean against the counter or sit on one of the two mini-chairs. For mealtimes, chairs would be retrieved from the sitting room and set around the table. It was also not uncommon to find someone studying or working in the kitchen. In this way, the kitchen, small as it was, was appropriated as dining space, study space, and conversational space; even though there was a bigger, more comfortable but little used dining table in the sitting room.

The kitchen in Ongata Rongai, however, was not intended to be the centre of the house judging from its position in the back part of the house. Furthermore, its design, was averse to this use, or any use besides the dictionary definition of a kitchen, even though it is the most spacious of the three kitchens. Since there is no furniture, lingering in the kitchen for purposes outside of meal preparation functions is not encouraged. Moreover, this kitchen was set towards the back and with little space between the outside wall and a thick hedge. As a result there was little natural light to enable a mix of activities. Peeling potatoes and such; watching that food didn’t burn; and washing dishes were the only activities that ever took me to the kitchen.

Contrary perhaps to popular thought and design practice that prefers larger spaces, one can imagine that the closeness of the kitchen spaces in Hanoi and São Paulo created a sense of warmth and comfort that encouraged lingering in the kitchen. In contrast the Rongai kitchen was large and any such warmth was ‘dispersed’ as it were.

The fact of the kitchen being used as a congregative space even when other spaces were available, or even more suitable (in terms of size, etc.) may point to this warmth and comfort in the São Paulo and Hanoi contexts or to the role of food as social glue. But it might also have roots in different gendered understandings of kitchens, and in an attempt to alter these where formerly rigid.

In the São Paulo kitchen, both husband and wife would be found helping with meal preparations and when we had a substitute host family, our host father cooked our meals and did the dishes- apron on and all. Outside of such chores, both men and women would be in the kitchen for conversation and meals.

Preparing meals in the Hanoi kitchen was also a joint effort of both host-dad and host-mum. The retired host-father would routinely begin preparing some meals in the afternoons and our host-mother would finish up when she returned from work in the evening. Doing the dishes was also part of our host-father’s repertoire. Outside of mealtimes he sometimes watched TV in the kitchen too, never mind that there was a bigger TV in the sitting room only a few steps away.

In both cases, there was an apparent ease surrounding the presence of men in the kitchen, and their active participation in all that went on there.

On the other hand, one would be hard put to find male family members in my home kitchen in Ongata Rongai. While the father never set foot in the kitchen, the sons dropped in at least three times a day to serve their food and return their dishes; and on occasion to make a pot of tea in the evening. In an unspoken way, the kitchen was reserved as a female space and one which male family members found themselves in only when they had to.

when guests are present – what’s different?

Outside of regular use such as when families were joined by guests, these positions and characteristics of the kitchen were partly or wholly challenged, and in some cases, reinforced.

When my host-sister in Hanoi had a group of friends over for a karaoke session, the sitting room next to the kitchen was in use, and for that period of time was the ‘centre’ of the house. Conversations between my host-mum and visiting friends also often happened in the sitting room rather than in the kitchen. Perhaps this was as a matter of convenience due to the extra space and larger TV in the sitting room. But the switch might also indicate that the more intimate space of the kitchen in my Hanoi home was reserved for family members.

In São Paulo, the size of the kitchen was a constraining factor and when we had guests over, meals were had at the larger dining table in the sitting room. Even so, while meals were being prepared there would be a constant stream of guests in the kitchen, both male and female, conversing as they stood in whatever space they could find. Even as the centre of the house was being temporarily ‘transferred’ to the sitting room, the kitchen was not wholly neglected and retained some of its congregative attributes.

In the Ongata Rongai kitchen, guests were an occasion for the gendered nature of the kitchen to become hyper-visible. Whereas in ordinary time only two female family members were present, during holidays a number of aunts and female cousins visited. The kitchen then became a congregative space, albeit a female one. Chairs and stools were retrieved from other parts of the household or fashioned out of the empty jerry-cans, and conversation, as well as food and drink flowed.

Guests provide an opportunity to challenge the centrality of the kitchen like in Hanoi, but where this centrality is appropriated like in São Paulo, it may not easily be given up. Guests also provide an occasion for the turning of the kitchen into a centre of the house where it wasn’t before, such as in Ongata Rongai, even if only a gendered one.

Why does it matter?

While the base definition of a kitchen is one that emphasises the use of the space for the work surrounding meal provision, other context-specific meanings have been ascribed to kitchens in Hanoi, São Paulo and Ongata Rongai. Kitchens have also been used as dining areas, study spaces, congregative spaces and relaxing spaces. Where design agency was absent during construction, the kitchen has been turned into these by appropriative use.

In the absence of design elements which promote kitchen spaces as centres of houses, they are averse to such mixed uses, as well as to usage by all genders. Where elements like furniture and sufficient light are present, kitchens challenge the fixity of gender roles and spaces, and encourage mixed gender usage, which contributes to a blurring of gendered understandings of the kitchen. On the other hand, by discouraging mixed gender usage, kitchens contribute to a reinforcement of gendered understandings of the kitchen-space and of house-work in general.

Because the space of the home is our first teacher and moulder of worldviews, illuminating the subtle effect of design in kitchen spaces serves to enable us to alter these to be more in line with the values and ultimately world we want to create and live in.