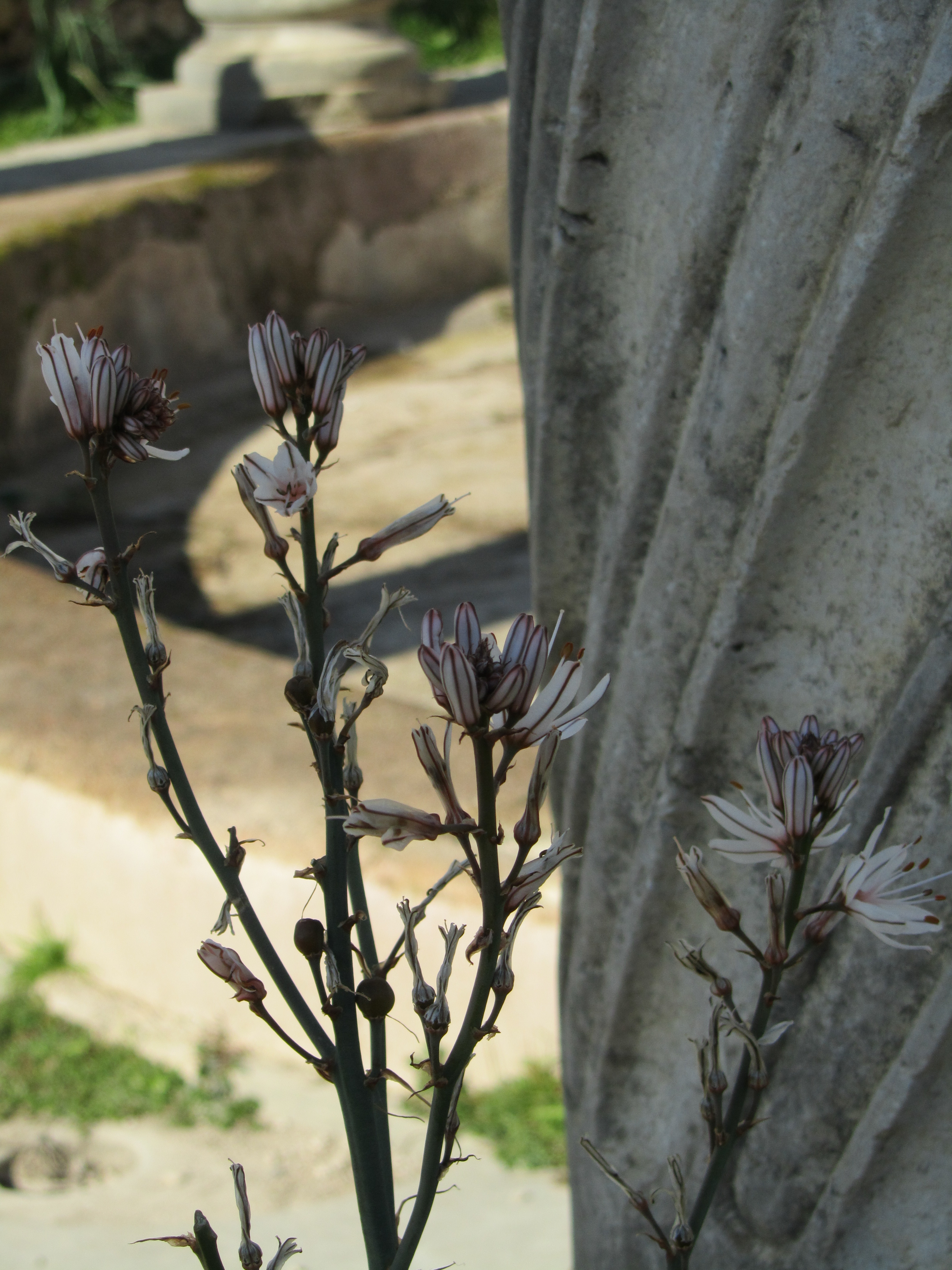 Dr Pumla Gobodo-Madikizela gave a talk yesterday at my campus drawing from her research and work on the truth and reconciliation commission (TRC) in South Africa following the trauma of Apartheid. In her talk titled Recognition and Mutual Transformation: Reflecting on the Reparative Humanism of Ubuntu and Inimba she was drawing upon two cultural concepts from South Africa, ubuntu and inimba to conceptualise how it might be possible for empathy and reconciliation to emerge after trauma in society.

Pumla began by discussing how trauma if not faced up to and healed often repeats in following generations as survivors replay fragments of the trauma they suffered and have internalised in an attempt to bring it to a completion. One of her research interests is on how this cycle of trauma repetition can be broken. She suggested that only through facing up to and working through the trauma by engaging, reflecting, and speaking about it, can the cycle be broken. An idea I have gotten from process oriented psychology is that not only does such trauma repeat itself, but that if we ignore it, it grows, it amplifies. Almost as though the trauma is asking us to deal with it, and the more we refuse to, the more it urges us to do this.

In the news a few weeks ago was a piece about over 300 cattle killed in Laikipia, Kenya by Kenyan security officers. The official reason given for this was the protection of private property that herders seeking pastures had trespassed into…. (the livestock did not count as private property worth protecting). One of the traumas Kenya is yet to deal with is surrounding land. Land was appropriated from various peoples during Kenya’s colonisation and given to white settler farmers who would supposedly make better use of it. After our independence this imbalance was not corrected. In fact, it was etched into stone as it were. Rights to private property, meaning land, were made firm, inalienable, primary in many ways. The trauma from this keeps repeating. In the past few years we have had quite dry dry seasons in Kenya and pastoralists seeking pasture have entered into “private” conservancies and ranches – most of which are to this day owned by white individuals. According to Kenya’s laws which enshrine the sacredness of private land, their actions are illegal and the retaliation from the state is often brutal.

How do we break this cycle of trauma?

When Pumla began her lecture she played us the cry of a woman at the beginning of the TRC process rendered into a classical form. She stressed the importance of pain being seen and heard. Being witnessed. Like how music, dance and stories have an audience, have to be witnessed to be fully themselves. Her definition of ubuntu was also grounded in this act of witnessing:

“A person becomes a human being because of others. A person is a person through being witnessed by and engaging in reciprocal witnessing of other persons.”

TRC’s provide a space for such witnessing to happen, but in a society where the trauma is not only historical (occurring within a specific historical time), but also structural (within the society’s building blocks), and embodied (internalised into our psyches and memories, and constantly replayed) such spaces for witnessing need to be constantly being created.

But why is witnessing important? According to Pumla, this witnessing is at the core of empathy, and empathy is how we can connect with the Other. And through connecting with the other, through seeing the humanity in the other, we can transcend trauma, which is not to say forgetting. Witnessing in this sense has the capacity to restore humanity taken away through violence and trauma. She further illustrated this point by reflecting on the Zulu greeting ‘Sawubona‘ which means ‘I see you’ and the ethos of really seeing someone upon encountering them.

“In order for this struggle to have meaning, the oppressed must not, in seeking to regain their humanity (which is a way to create it), become in turn oppressors of the oppressors, but rather restorers of the humanity of both. This then is the great humanistic and historical task of the oppressed: to liberate themselves and their oppressors as well.” Paulo Freire, Pedagogy of the Oppressed”

Through a story of a mother whose son had been killed violently, Pumla reflected on the mutual responsibility that both wounders and the wounded have in reconciliation. Mrs. Cynthia, the woman in question said in response to the question, What is reconciliation to you?: “If the man who killed my son shows a sign that he feels remorse for what he did, I understand reconciliation as my response to him. My reponse to him is not to push him deeper and deeper into sorrow, but to rescue him.” Questioned further about what rescuing him meant, she said, “I have a responsibility as a mother, as a person in my community, to build my community, to restore my community to the sense of human connection.”

This story links with Freire’s ideas that only the oppressed can restore and heal both themselves and the oppressor. Every time I think of these ideas something adjusts inside me. I can feel deeply with the side of the wounded that might feel that they have been so wronged that to ask of them, or say to them that they have the responsibility to heal the dynamic can seem like adding unwelcome burdens to the pain being carried.

Pumla reminded me in her talk, that it isn’t just a responsibility, it is actually a power. In that instance where the wounder recognises not only the deed they performed, but also the pain they caused, the wounded has the power to forgive. Or as Mrs Cynthia put it in her answer to the question what is reconciliation, the power to rescue from sorrow, and the power to restore community. It is important to remember this power, because in situations of trauma the wounded is often left feeling disempowered.

“There is nothing finished, nothing past about these kinds of stories”

The amount of state violence (can one quantify state violence?) around the Kenyan elections of this year have been simultaneously and sadly hineous and unsurprising. Unsurprising because state violence has been a characteristic of the state since it began… A phrase that some people repeat is “let us move on with life”, and “let’s maintain peace”. So much repeated that it seems speaking out against injustice, crying and feeling your pain, is somehow at odds with the aims of peace. Pumla made the comment that before the commission began its work, there were people who had themselves not been wounded, pro moving on, and not having a public audience or display of pain. In contrast those who had been wounded wanted to have their pain seen and heard.

Until we understand that to get to peace we have to walk with justice, and speak and have our pain witnessed, we will never have true peace. It is easy to admonish and advocate for moving on. ‘Haya basi, yaishe.‘ Perhaps in this moving on narrative is the fear of confronting the pain also present in that ‘unwounded’ side. This constant urging to move on is a second trauma enacted on the wounded. Not only were people once wounded, but they are also being told that their wounds and they themselves are not worthy of care, of being seen, of being heard. Once dehumanised by the trauma, and secondly by the negation of the presence of this pain.

it isn’t just a responsibility, it is actually a power. the power to rescue from sorrow, and the power to restore community. It is important to remember this power, because in situations of trauma the wounded is often left feeling disempowered.

Inimba loosely translates to the womb or umbilical cord. In TRC discussions, after witnessing a group of black women reach out to and embrace a white woman whose son had been killed in Namibia during Apartheid state’s war there, Pumla wanted to find out, where does the change happen?. The women located it in inimba. When facing a man who had committed crimes they said, they were thinking of and connecting to the person’s mother and what unsettlement that mother must be feeling in her womb. From a Xhosa phrase meaning, ‘let our womb be one’, she theorises that the concept of inimba allows the body to be where reparative humanism happens, and it also transcends the 2 person encounter and therefore transcends time and space to include those not present.

When I thought of this, I remembered how in everyday speech, I might say to a friend about to do something risky as a caution to be careful, “I don’t have another you, with whom to pay your mother back”. In this way, my sense of responsibility and duty is tied not only to the person in front of me, but also to their people in a larger sense. Pumla adds that, in thinking of the mother, the Other’s mother not present, empathy is possible. Inimba, the place of separation, becomes a place of connection.

In the end, Pumla distinguished from a narrative of reconciliation that is imposed, and reparative humanism. Forgiveness, she said, she has come to think of as the wrong word for what needs to happen after trauma. She advocated a shift from a ‘goal-oriented’ forgiveness and reconciliation with their connotations of finishing and letting go, to the more complicated empathy or experiencing and recognition. What I might call ‘being with’. Coming together and seeing what emerges, and what innumerable possibilities may have the chance to fall into place.

How do we have to be to witness, listen and hold the pain of those many wounded amongst us and see ourselves in them, and they in us?

What spaces are there for us to share these? What spaces can we create in our homes, offices, matatus to have these dialogues, to name and witness our pain? To witness each other, and restore our humanity.