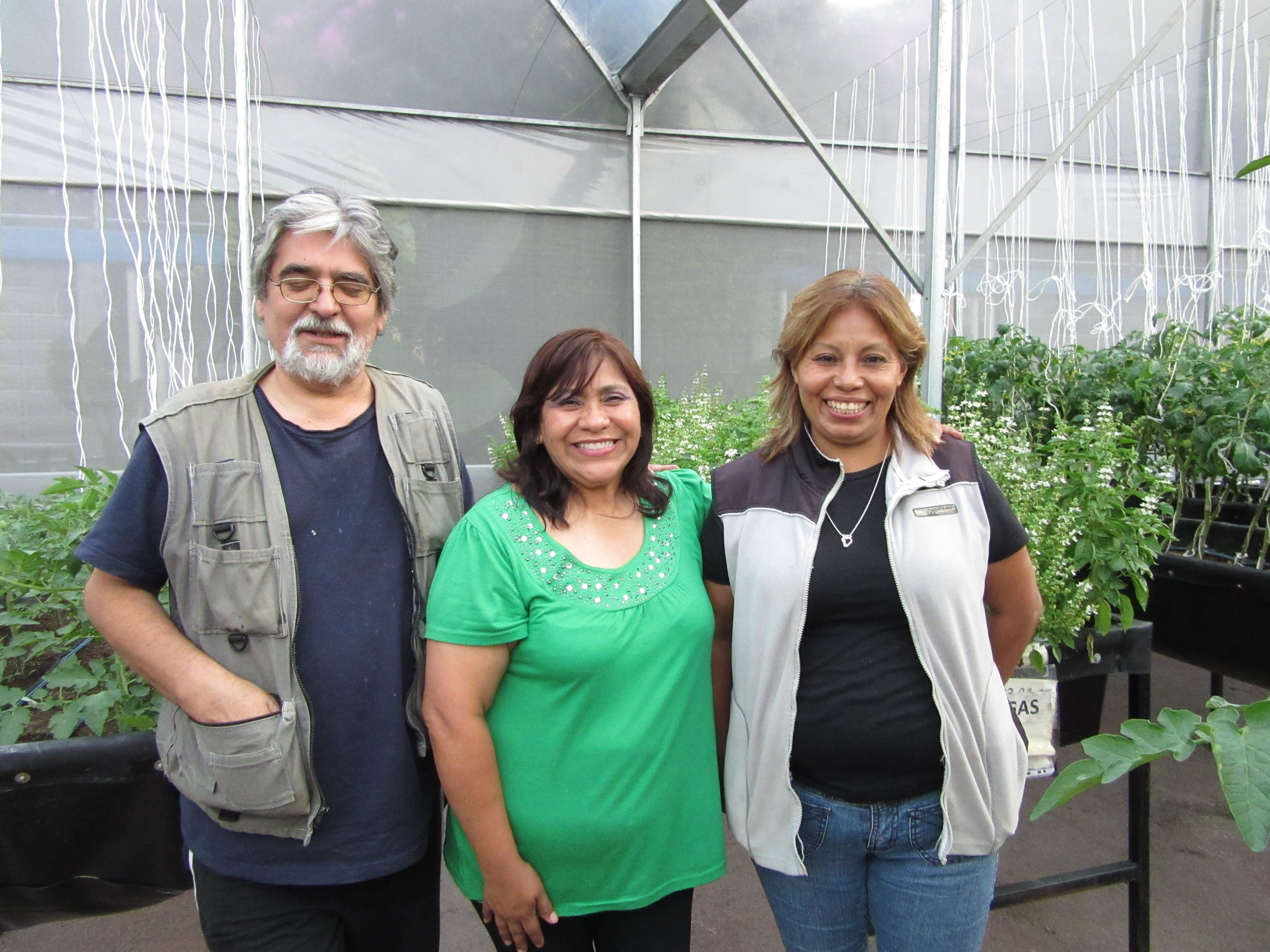 Besides eating, I also got to reconnect with old friends in Mexico. One of these friends is Manuel Labra who I interviewed for the article on the Mejoramiento Barrial programme that was featured on Polis. He took me to visit another community centre in Coyoacan in Mexico City that caters to and is majorly run by senior citizens. It’s called the Casa del Adulto Mayor y su Familia or Centre for Senior Citizens and their Families.

The centre was inspired by the Escuelita where I had been working the first time I came to Mexico. It’s built on land that was formerly a disused football pitch that had turned into a garbage patch. The situation was so bad that residents of that street did not pass outside of the grounds after dark. Graciela, the co-ordinator of the centre, along with some senior citizens decided in 2007 to reclaim this land and put in a proposal to the Mejoramiento Barrial programme to fund the building of a community centre serving senior citizens in the community. Luckily, the land was public land and they were able to convert it into the centre. Their application was successful and they began building and were set up in 2008.

Like the Escuelita, the Casa del Adulto Mayor has dance, exercise and educational classes; a community library; a community dining hall; medical and dental services at lower cost than other clinics; and a greenhouse that provides some of the vegetables (tomatoes, lettuce, strawberries) for the community kitchen. The diversity of activities and classes in what is not an excessively large space was amazing to see. What was even more impressive was the fact that the majority of these classes are run by the senior citizens themselves. For example, the community dining hall is run by 4 ladies from the ages of 67 to 74. The greenhouse volunteers are all senior citizens as well.

As the centre has developed and with the astute co-ordination of Graciela they have added on other activities of interest to the residents. For example, every year they will make 3-4 visits to cultural and heritage sites that community members contribute a small fee to, and a government ministry does as well. During the school holidays they run summer classes for students. The content of the summer classes is arrived at in consultation with parents in the community to ensure that the parents will want to send their children here. The greenhouse was also an initiative that came after the centre was established and was achieved through funding from New Zealand’s government and the Development and Equity Ministry. When we visited Graciela was hopeful that FAO was also going to fund a renovation of the greenhouse that is now almost 2 years old.

When I asked Graciela how she has accomplished all this and how she keeps going, she said one has to always keep writing down the ideas they have and documenting those, so that whenever opportunities arise to accomplish all or part of those ideas, one can take advantage of those quickly. She also referred to the fact that she was motivated to put her bachelor’s degree to use in her own neighbourhood where she grew up and gave up her salaried position in a different place to move back home to do so.